For some time now, I haven’t been writing here. But since I was asked how the story about my notebook ended, I thought I should post an update here.

Yes, I got my notebook back. It’s been three month now, that I have been using it, and everything seems to be fine. I wasn’t sure about that, when I received the package, so I documented every step of unboxing. 😉 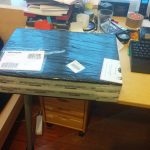 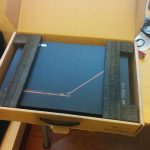 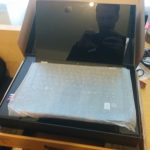 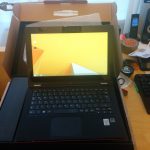 I reinstalled my Linux after that and I was glad that the problem with the display was gone and that everything worked fine. I have a small problem with standby under Linux but I believe that problem is on the software side.

About two weeks after I received the package, I got a letter from DHL, regarding a lost package. They wanted to know if I could shed some light on the missing package with a notebook inside. In the letter was a list of the contents of the package and my notebook was declared with a value of 150€. I was a bit sad when I saw that.